While road construction continues outside Harry’s Restaurant and Cafe, a decades-old breakfast and lunch destination on the edge of Montrose and Midtown, the restaurant powered down in early July to make some much-needed renovations inside.

“Yes, we are remodeling,” one of the owners John Platsas told Chron.comthis week. “We’re powering through to make everything better.”

Construction on the Gillette Trunkline Project has torn up Tuam and Bagby streets around Harry’s. The project is meant to improve storm drainage in the area, but it did put Harry’s in a bind when construction would block the entrance to the restaurant.

“Construction has been pretty bad lately,” Platsas said. “We’re hoping they will get done as soon as possible.”

Platsas said that they are taking advantage of the situation by making some major changes to the site’s interior. The aim is to make the dining room a little more modern and unique with new tables and flooring.

The new interior was designed by Ferenc Dreef from Kollectiv design group and the construction is being handled by Joshua Weisman from Construction Concepts.

“We will have a brand new patio area, an expanded waiting area to minimize traffic inside, plus some new food items,” Platsas said. “We are also rolling out a new expanded coffee menu.” 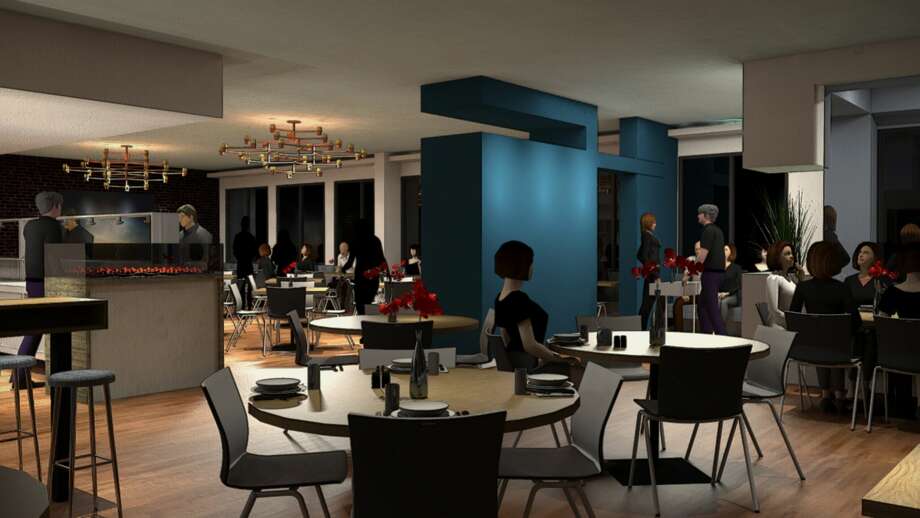 The interior of Harry’s will look much different when it debuts in late August.

Harry’s is slated to reopen for business Aug. 28, according to Platsas.

The roots of Harry’s go all the way back to 1948 when Eugene Pavlovich opened it as a standard, steam table diner.

The Platsas family came into the picture in 1993 when husband and wife team Johnny Platsas and Patrica acquired the place injected Greek and South American flavors into the mix. The building as most know it now was constructed in 2003 to catch up with the ever-changing neighborhood.

These days, Houstonians of all ages rub shoulders during breakfast and lunch hours. Customers now nearly have the daily lunch specials memorized and look forward to breakfast items like the pancake omelet and chicken and waffles.

Platsas also said that the family is looking to expand within the next year and is scouting a second location at the moment but that will need to wait until this location’s renovation is completed.

“This is the mothership, as our family says,” Platsas said. “We need to get this one good to go first before we start on something new.”

Mark serves as President of Operations for Construction Concepts.  Mark joined the team in 2011 and brings over 20 years of experience in multifamily and commercial renovation projects, as well as new construction.  In his leadership role, Mark is responsible for managing the overall operations and resources of the company and demonstrating safety leadership.  Additionally, he applies his extensive knowledge and experience to deliver personalized and professional attention to each individual project, including: physical needs assessments, cost estimating and budget development, scope development, project scheduling, procurement, contract administration, and construction management.  Mark takes exceptional pride in maintaining superior safety standards company-wide.  His philosophy to lead by example includes the five critical components of safety leadership, including field presence, effective communication, feedback, accountability and bench-marking. Safety and leadership by example is critical in keeping EMR rates, OSHA recordables and zero incident philosophy.

As founder and President of Construction Concepts, Josh Weisman brings over 20 years of experience and key leadership to one of Houston’s most sought after commercial design and build firms.  Under Josh’s leadership, the company has completed over $40 million of contracted work and was recently named to the Houston Business Journal’s Fast 100 of 2018 for the fastest growing companies in the greater Houston area.  Dedicated to providing exceptional craftsmanship and employing the strictest industry standards, Construction Concepts had earned the reputation as a leader in luxury design and build construction.  Josh’s keen eye for detail and hands-on experience allows him to provide valuable insight and guidance, as well as coordination and strategic planning for multiple construction projects across a wide range of specialties.   The company’s turn-key, start-to-finish approach allows the team to take your concept to completion.

In 2018, Josh established BLDiT, a Construction Concepts charity to continue a long standing commitment to supporting those in need in the Houston community.

Shannon Ready Joined Construction Concepts in May of 2017 as the VP of Operations. As the VP of Operations, Shannon’s responsibilities included physical needs assessment, cost estimating and budget development, scope development, project scheduling, procurement, contract administration, and construction management. He has over 25 years of experience in residential and commercial renovation projects as well as new construction, including extensive experience in food service projects. Prior to joining Construction Concepts, Shannon started as a Project Manager, he later became the Director of Construction, then SVP of Construction for My Fit Foods. Shannon has directly managed over 200-million in renovation, capital improvement projects and managed multiple projects nationwide.